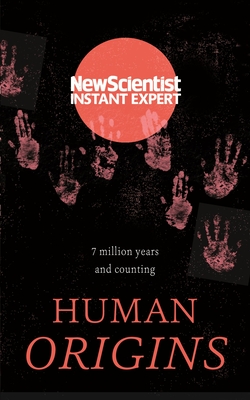 Where did we come from? Where are we going?

Homo sapiens is the most successful, the most widespread and the most influential species ever to walk the Earth. In the blink of an evolutionary eye we have spread around the globe, taken control of Earth's biological and mineral resources, transformed the environment, discovered the secrets of the universe and travelled into space.

Yet just 7 million years ago, we were just another species of great ape making a quiet living in the forests of East Africa. We do not know exactly what this ancestor was like, but it was no more likely than a chimpanzee or gorilla to sail across the ocean, write a symphony, invent a steam engine or ponder the meaning of existence. How did we get from there to here?

The Story of Human Origins recounts the most astonishing evolutionary tale ever told.

Discover how our ancestors made the first tentative steps towards becoming human, how we lost our fur but gained language, fire and tools, how we strode out of Africa, invented farming and cities and ultimately created modern civilization - perhaps the only one of its kind in the Universe.

Meet your long-lost ancestors, the other humans who once shared the planet with us, and learn where the story might end.

Since the first magazine was published in 1956, New Scientist has established a world beating reputation for exploring and uncovering the latest developments and discoveries in science and technology, placing them in context and exploring what they mean for the future.

Each week through a variety of different channels, including print, online, social media and more, New Scientist reaches over four million highly engaged readers - over a million readers for the print magazine alone.