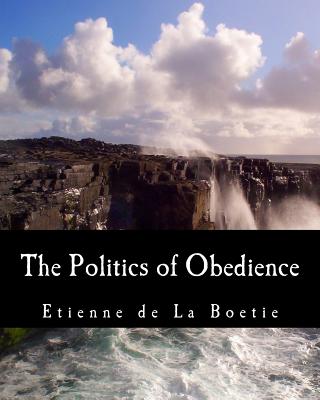 
Not on our shelves. Usually ships in 2-5 days.
(This book is nonreturnable. Nonreturnable books may take up to 3 weeks to ship. All sales final.)
LARGE PRINT EDITION More at LargePrintLiberty.com tienne de La Bo tie was born in Sarlat, in the P rigord region of southwest France, in 1530, to an aristocratic family, and became a dear friend of Michel de Montaigne. But he ought to be remembered for this astonishingly important essay, one of the greatest in the history of political thought. It will shake the way you think of the state. His thesis and argument amount to the best answer to Machiavelli ever penned as well as one of the seminal essays in defense of liberty.La Bo tie's task is to investigate the nature of the state and its strange status as a tiny minority of the population that adheres to different rules from everyone else and claims the authority to rule everyone else, maintaining a monopoly on law. It strikes him as obviously implausible that such an institution has any staying power. It can be overthrown in an instant if people withdraw their consent.He then investigates the mystery as to why people do not withdraw, given what is obvious to him that everyone would be better off without the state. This sends him on a speculative journey to investigate the power of propaganda, fear, and ideology in causing people to acquiesce in their own subjection. Is it cowardice? Perhaps. Habit and tradition. Perhaps. Perhaps it is ideological illusion and intellectual confusion.