The City of Gold and Lead (The Tripods #2) (Paperback) 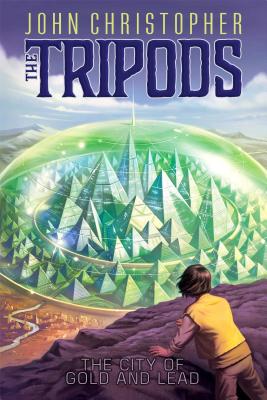 The City of Gold and Lead (The Tripods #2) (Paperback)

This is book number 2 in the The Tripods series.

Will and his friends return to the City of the Tripods—and risk their lives—in this second book of a classic alien trilogy ideal for fans of Rick Yancey’s The 5th Wave and Margaret Peterson Haddix’s Shadow Children series.

When Will and his friends arrived at the White Mountains, they thought everything would be okay. They’d found a safe haven where the mechanical monsters called Tripods could not find them. But once there, they wonder about the world around them and how they are faring against the machines.

In order to save everyone else, Will and his friends want to take down the Tripods once and for all. That means journeying to the Tripod capital: the City of Gold and Lead.

Although the journey will be difficult, the real danger comes once Will is inside the city, where Tripods roam freely and humans are even more enslaved than they are on the outside. Without anyone to help him, Will must learn the secrets of the Tripods—and how to take them down—before they figure out that he’s a spy…and he can only pretend to be brainwashed for so long.
John Christopher was the pseudonym of Samuel Youd, who was born in Lancashire, England, in 1922. He was the author of more than fifty novels and novellas, as well as numerous short stories. His most famous books include The Death of Grass, the Tripods trilogy, The Lotus Caves, and The Guardians.