The Pool of Fire (The Tripods #3) (Paperback) 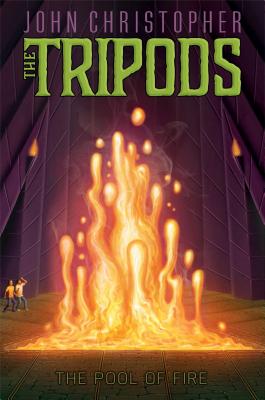 The Pool of Fire (The Tripods #3) (Paperback)

This is book number 3 in the The Tripods series.

Will must defeat the Tripods once and for all in this third book of a classic alien trilogy ideal for fans of Rick Yancey’s The 5th Wave and Margaret Peterson Haddix’s Shadow Children series.

After being held captive in the City of Gold and Lead—the capital, where the creatures that control the mechanical, monstrous Tripods live—Will believes that he’s learned everything he needs to know to destroy them. He has discovered the source of their power, and with this new knowledge, Will and his friends plan to return to the City of Gold and Lead to take down the Masters once and for all.

Although Will and his friends have planned everything down to the minute, the Masters still have surprises in store. And with the Masters’ plan to destroy Earth completely, Will may have just started the war that will end it all.
John Christopher was the pseudonym of Samuel Youd, who was born in Lancashire, England, in 1922. He was the author of more than fifty novels and novellas, as well as numerous short stories. His most famous books include The Death of Grass, the Tripods trilogy, The Lotus Caves, and The Guardians.