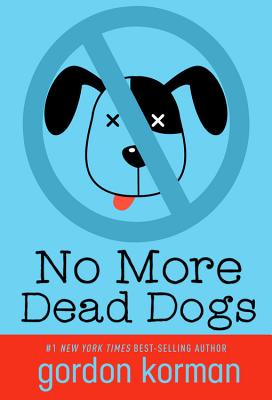 Wallace Wallace won’t lie, even if it means detention. And after he handed in a scorching book report of the classic novel, Old Shep, My Pal, detention is just what he’s been handed. He is sure he’s done nothing wrong: he hated every minute of that book, especially when the dog dies in the end! Why do dogs always die at the end?

Wallace refuses to do a rewrite of his report, so his English teacher, who happens to be directing the school play of Old Shep, My Pal, forces him go to the rehearsals to teach him a lesson on why the story is the way it is. Surrounded by theater kids who are apprehensive of him, Wallace sets out to prove himself. But not by changing his mind. Instead, he changes the play into a rock-and-roll rendition, complete with Rollerblades and a moped!

Gordon Korman wrote his first book at age fourteen and since then has written more than eighty middle grade and teen novels. His favorites include the New York Times bestselling The 39 Clues: Cahills vs. Vespers, Book One: The Medusa Plot; Ungifted; Pop; and Schooled. Gordon lives with his family on Long Island, New York. He invites you to visit him online at GordonKorman.com.
". . . [E]veryone comes out a winner."—Booklist

"Korman's humorous novel will endear it to readers who wonder, Why does the dog always die?"—The Reading Teacher

*A Bank Street Best Book of the Year

"Captures the ambience of sixth grade with humor and empathy."

—The Bulletin of the Center for Children's Books