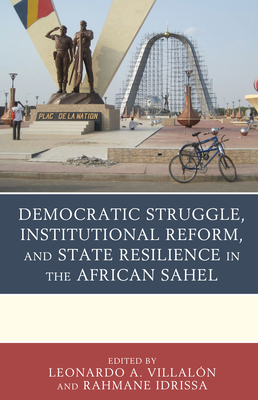 Long on the periphery of both academic research and international attention, the countries of the West African Sahel currently find themselves at the center of global concerns over security, terrorism, migration, and conflict. Since the early 1990s the Sahelian states have also been engaged in political struggles over the construction of democratic institutions. Edited by Leonardo A. Villal n and Abdourahmane Idrissa, Democratic Struggle, Institutional Reform, and State Resilience in the African Sahel addresses a key and little-studied question: How have the politics of democratization across the Francophone Sahel shaped processes of state-building, and with what effects on the resilience of state institutions? Starting from the premise that variation in the politics of institution building and institutional reform-although most frequently justified and debated in terms of democratization-have differing impact on the construction of resilient states, this book examines these processes in six francophone states of the Sahel: Senegal, Mauritania, Mali, Burkina Faso, Niger, and Chad. The contributors represent a set of distinguished scholars from across the region, many of whom have also been important actors in the struggles they analyze.