The Essays of Arthur Schopenhauer; Studies in Pessimism (Paperback) 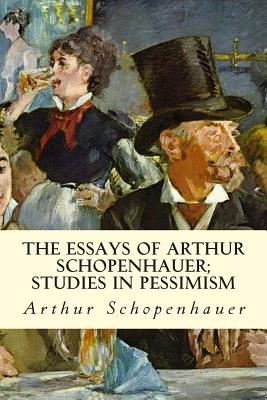 The Essays of Arthur Schopenhauer; Studies in Pessimism (Paperback)


Not on our shelves. Usually ships in 2-5 days.
(This book is nonreturnable. Nonreturnable books may take up to 3 weeks to ship. All sales final.)
The volume now before the reader is a tardy addition to a series in which I have endeavoured to present Schopenhauer's minor writings in an adequate form. Its contents are drawn entirely from his posthumous papers. A selection of them was given to the world some three of four years after his death by his friend and literary executor, Julius Frauenstet, who for this and other offices of piety, has received less recognition than he deserves. Arthur Schopenhauer ( 22 February 1788 - 21 September 1860) was a German philosopher. He is best known for his 1818 work The World as Will and Representation (expanded in 1844), wherein he characterizes the phenomenal world as the product of a blind and insatiable metaphysical will. Proceeding from the transcendental idealism of Immanuel Kant, Schopenhauer developed an atheistic metaphysical and ethical system that has been described as an exemplary manifestation of philosophical pessimism, rejecting the contemporaneous post-Kantian philosophies of German idealism. Schopenhauer was among the first thinkers in Western philosophy to share and affirm significant tenets of Eastern philosophy (e.g., asceticism, the world-as-appearance), having initially arrived at similar conclusions as the result of his own philosophical work. Though his work failed to garner substantial attention during his life, Schopenhauer has had a posthumous impact across various disciplines, including philosophy, literature, and science. His writing on aesthetics, morality, and psychology would exert important influence on thinkers and artists throughout the 19th and 20th centuries. Those who have cited his influence include Friedrich Nietzsche, Richard Wagner, Leo Tolstoy, Ludwig Wittgenstein, Erwin Schr dinger, Otto Rank, Gustav Mahler, Joseph Campbell, Albert Einstein, Carl Jung, Thomas Mann, mile Zola, George Bernard Shaw, Jorge Luis Borges and Samuel Beckett.