The Gospel of Wealth (Paperback) 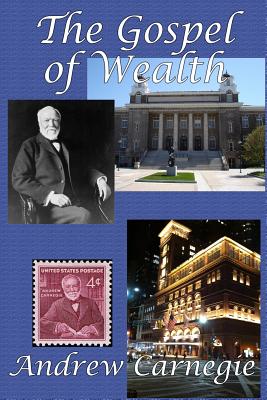 The Gospel of Wealth (Paperback)

Andrew Carnegie (1835-1919) was a Scottish immigrant to the United States. He arrived as a poor child, but--as the epitome of the "rags to riches" story, built himself into one of the richest men in the world. As a young man, who worked as a telegraph operator, and used his wits and business acumen to parlay his job into greater investments during and after the Civil War. Those investments in railroads, bridges, oil derricks, and more made him very wealthy by the 1880s. Then he brought the Bessemer process for steel-making to the United States, and eventually sold his Carnegie Steel Company for $480 million in 1901 (the current equivalent of nearly $14 billion).

Following that accumulation of staggering wealth, Carnegie dedicated the remainder of his life to philanthropy, giving away nearly 90 percent of his fortune by the time of his death. His 1889 article "Wealth" (later retitled "The Gospel of Wealth") details his belief in the responsibility of philanthropy by the self-made rich. He wrote that the best way of dealing with the new phenomenon of wealth inequality was for the wealthy to redistribute their surplus means in a responsible and thoughtful manner, arguing that surplus wealth produces the greatest net benefit to society when it is administered carefully by the wealthy. He also argues against extravagance, irresponsible spending, or self-indulgence, instead promoting the administration of capital during one's lifetime toward the cause of reducing the stratification between the rich and poor.