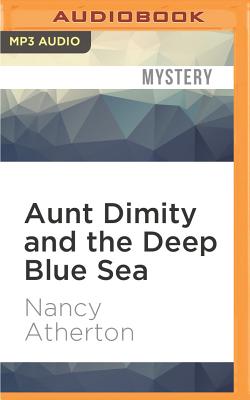 This is book number 11 in the Aunt Dimity series.

Nancy Atherton 's Aunt Dimity novels have enchanted thousands of readers, and this new addition to the series is likely to broaden the spell. A series of death threats sends Lori Shepard to a remote island off the Scottish coast and to a fabulous castle restored by an eccentric friend of her husband's. But she finds herself drawn into an elaborate whodunit that may involve smuggling--or worse. Why has a human skull washed up on the beach? Is a desolate island really the best place to hide from a murderer? As Lori draws once more on Aunt Dimity's supernatural aid, Atherton whips equal measures of whimsy and suspense into an irresistible confection.