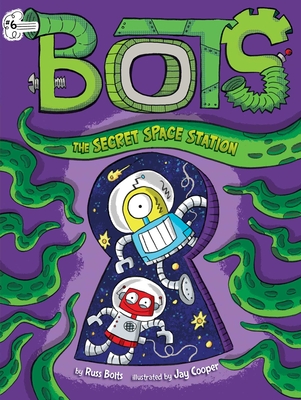 This is book number 6 in the Bots series.

Joe and Rob discover a hidden space station inhabited by aliens in this sixth adventure in the hilarious Bots chapter book series.

When Joe and Rob discover a hidden space station filled with aliens, will they be able to help the aliens get home…or are the aliens looking for a new place to crash?