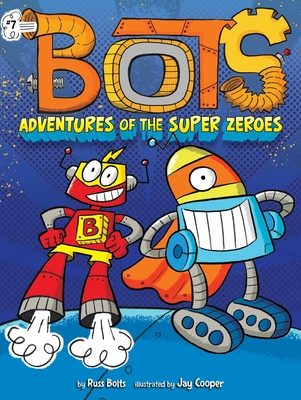 This is book number 7 in the Bots series.

Joe and Rob discover they have superpowers in this seventh adventure in the hilarious Bots chapter book series.

Joe and Rob have just made a huge discovery…they have superpowers! Joe can fly! And Rob can…well, Rob is still figuring out what his superpower is, but still! Clearly this means they must become superheroes and save the day. But when they discover that their powers are kind of ordinary in the Bot world, can they be heroes without being super?