Attack of the ZomBots! (Hardcover) 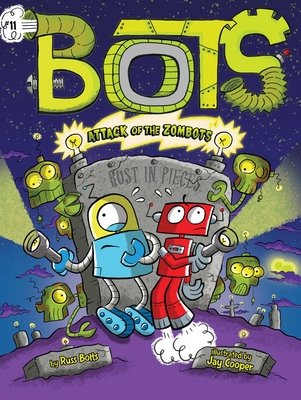 Attack of the ZomBots! (Hardcover)

This is book number 11 in the Bots series.

Joe and Rob live it up with the ZomBots in this eleventh adventure in the hilarious Bots chapter book series.

Joe and Rob think they are ready for the Scare Dare Contest, but when they accidently read aloud a magic spell that calls the ZomBots, the two best friends must face off against a really creepy crowd!