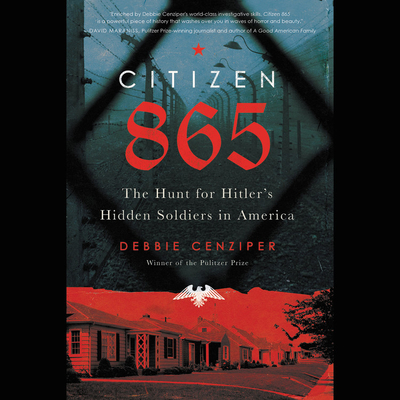 
Special Order - Subject to availability
The gripping story of a team of Nazi hunters at the U.S. Department of Justice as they raced against time to expose members of a brutal SS killing force who disappeared in America after World War Two.In 1990, in a drafty basement archive in Prague, two American historians made a startling discovery: a Nazi roster from 1945 that no Western investigator had ever seen. The long-forgotten document, containing more than 700 names, helped unravel the details behind the most lethal killing operation in World War Two. In the tiny Polish village of Trawniki, the SS set up a school for mass murder and then recruited a roving army of foot soldiers, 5,000 men strong, to help annihilate the Jewish population of occupied Poland. After the war, some of these men vanished, making their way to the U.S. and blending into communities across America. Though they participated in some of the most unspeakable crimes of the Holocaust, Trawniki Men spent years hiding in plain sight, their terrible secrets intact.In a story spanning seven decades, Citizen 865 chronicles the harrowing wartime journeys of two Jewish orphans from occupied Poland who outran the men of Trawniki and settled in the United States, only to learn that some of their one-time captors had followed. A tenacious team of prosecutors and historians pursued these men and, up against the forces of time and political opposition, battled to the present day to remove them from U.S. soil. Through insider accounts and research in four countries, this urgent and powerful narrative provides a front row seat to the dramatic turn of events that allowed a small group of American Nazi hunters to hold murderous men accountable for their crimes decades after the war's end.