Bob Dylan All the Songs: The Story Behind Every Track (Hardcover) 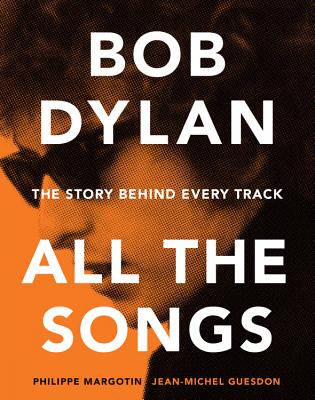 Bob Dylan All the Songs: The Story Behind Every Track (Hardcover)


Email or call for price
An updated edition of the most comprehensive account of Bob Dylan's Nobel Prize-winning work yet published, with the full story of every recording session, every album, and every single released during his nearly 60-year career.

"A must for Dylan fans and those who enjoy folk music."—Booklist

"...hardcore aficionados from the Grand Coulee Dam to the Capitol will be thrilled with its scope and intricacy."
—Miami Herald

"No self-respecting Dylan fan will want to miss Bob Dylan All the Songs: The Story Behind Every Track by Jean-Michel Guesdon and Philippe Margotin....a must-read for trivia buffs."—Acoustic Guitar

"...perhaps the most impressive book on the man ever produced..."—Houston Press

"...the single most exhaustive, detailed, and complete account of every song Dylan ever wrote or recorded through 2015, and will likely be the only encyclopedic volume necessary for anyone with either the slightest interest in or full-blown obsession with Mr. Zimmerman."—JamBands.com