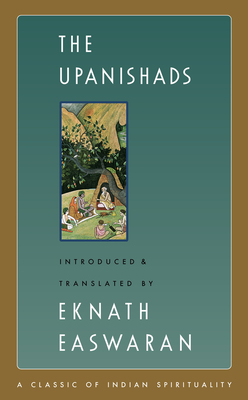 Easwaran's best-selling translation of the ancient wisdom texts called the Upanishads is reliable, readable, and profound.

In the Upanishads, illumined sages share flashes of insight, the results of their investigation into consciousness itself. In extraordinary visions, they experience directly a transcendent Reality which is the essence, or Self, of each created being. They teach that each of us, each Self, is eternal, deathless, one with the power that created the universe.

Easwaran's best-selling translation of selections taken from the principal Upanishads and five others is reliable and accessible. It includes an overview of the cultural and historical setting, with chapter introductions, notes, and a Sanskrit glossary. But it is Easwaran's understanding of the wisdom of the Upanishads, and their relevance to the modern reader, that makes this edition truly outstanding.

Each sage, each Upanishad, appeals in different ways to the reader's head and heart. As Easwaran writes, "The Upanishads belong not just to Hinduism. They are India's most precious legacy to humanity, and in that spirit they are offered here."

Chapter introductions, notes, and the essay "Reading the Upanishads" are by Michael N. Nagler, PhD, who is professor emeritus of Classics and Comparative Literature at the University of California, Berkeley.