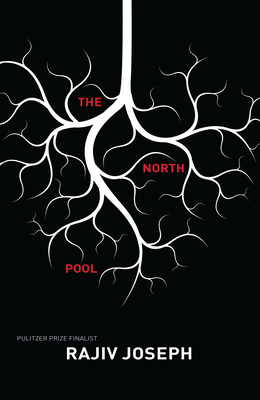 
Special Order - Subject to availability
Khadim has no idea why he's been called into the office of Dr. Danielson, the Vice Principal at Sheffield High. At first, Danielson is cagey, using a minor violation to keep the boy at school for detention. But as tension mounts, Danielson alternately plays good cop and bad, and winds up catching Khadim in a series of lies about crimes he may (or may not) have committed.

The truth shifts constantly in this riveting cat-and-mouse thriller from Pulitzer Prize finalist Rajiv Joseph. What’s bothering Dr. Danielson? What are the secrets that trouble Khadim? As the semester reaches its final hour, the time for revelation begins. The North Pool is a psychological drama that weaves a timely character study about racial and cultural profiling in America, skillfully using an interrogation to peel away ever more unexpected layers of the characters’ lives as they navigate our increasingly complex society.
Rajiv Joseph is an American playwright and a 2010 Pulitzer Prize Finalist for his play, Bengal Tiger at the Baghdad Zoo. His productions include Gruesome Playground Injuries, Animals Out of Paper, The Leopard and the Fox, Huck & Holden, and All This Intimacy. The North Pool premiered in 2011 at Theatre Works in Palo Alto. He received his BA in Creative Writing from Miami University and his MFA in Dramatic Writing from NYU's Tisch School of the Arts. He served for three years with the Peace Corps in Senegal.