Lessons from Iraq: Avoiding the Next War (Paperback) 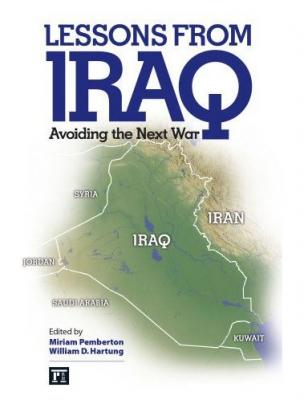 Lessons from Iraq: Avoiding the Next War (Paperback)

If what is shaping up to be the worst foreign policy disaster in U.S. history has an upside, it is that the current war in Iraq should definitively, permanently settle a handful of critical questions about American conduct in the world. This book provides a list of those questions and even ventures some answers in the form of key lessons from Iraq. The idea of assembling lessons as tools for avoiding the next war is less of a stretch than it seems, given the group of writers represented here. They include a Nobel Prize-winning economist; the former chief UN weapons inspector; and an Iraqi American whose weekly conversations with his relatives have given him a grim education on what living through a war to spread democracy is like on the ground. Also here is a Pulitzer Prize and National Book Award winner who traces the recurring American bad habit of starting wars as tryouts for big ideas. All societies need a ready reference handbook that draws some lines around its conduct of war. The Bush administration has produced a radical overhaul of the U.S. manual. Given the Iraq experience, it is urgent that we reject this version and think again. This book is a manageably sized, accessibly written, affordable compilation of key points that most urgently need to be rethought.