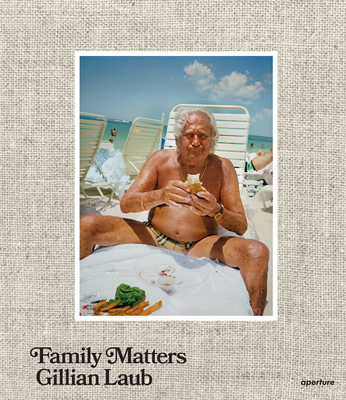 
Backordered - Please email info@schulerbooks.com for availability and reprint information.
Gillian Laub's photographs of her family from the past twenty years, now collected in one volume, explore the ways society's biggest questions are revealed in our most intimate relationships. As a photographer and storyteller, Gillian Laub believes the sources and consequences of nearly every human drama find their most evocative forms in the messy beauty of families. Family Matters zeroes in on the artist's own family as an example of the way Donald Trump's knack for sowing discord and division has impacted communities, individuals, and households across the country. As Laub explains, "I began to unpack my relationship to my relatives--which turned out to be much more indicative of my relationship to the outside world than I had ever thought, and the key to exploring questions I had about the effects of wealth, vanity, childhood, aging, fragility, political conflict, religious traditions, and mortality so entrenched in my other work." These issues became tangible in 2016, when Laub and her parents found themselves on opposing sides of the most divisive presidential election in recent US history; and further exacerbated in the lead-up to the 2020 election, in the wake of a global pandemic and protests in support of Black Lives Matter. Spanning over twenty years, Family Matters reveals Laub's willingness to confront ideas of privilege and unity, and to expose the fault lines and vulnerabilities of her relatives and herself. Ultimately, Family Matters celebrates the resiliency and power of family--including the family we choose--in the face of divisive rhetoric. In doing so, it holds up a highly personalized mirror to the social and political divides in the United States today.