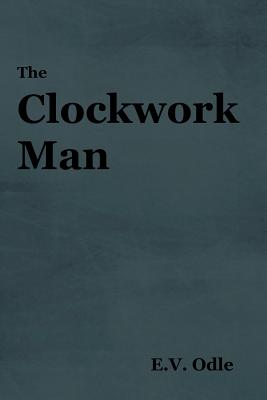 Rumors has it that "E.V. Odle" was a pen name for Virginia Woolf. However this is not true.

(1890-1942) UK editor and author; in the former capacity he was the first editor 1926-circa1935 of the British Argosy Magazine (see The Argosy). As younger brother of the UK illustrator and artist Alan Odle (1888-1948), who was the husband of Dorothy M Richardson (1873-1957), Odle came into close contact with J D Beresford, who had been instrumental in publishing the first volume of Richardson's Pilgrimage in 1915. Odle's Scientific Romance, The Clockwork Man (1923), clearly shows the influence of Beresford, an author central to that form, and may also have been published with his help. In this graceful tale, a Cyborg - in this case a man into whose body a clock-like monitor-cum-Time Machine has been inserted - comes accidentally back through time from 8000 CE to the present (see Time Travel), where in his Mysterious Stranger role he plays cricket and disturbs his auditors by describing a world in which life regulated by Machines is accepted by most, though not all. God, it is hoped, has been taking note of the new, "improved" version of humanity. All the more moving for its air of calm, The Clockwork Man is a plea to the human beings of the twentieth-century world that they not continue losing the battle against the machine. Other work by Odle includes the short fantasy "The Curse upon Isaac Knockabout" (April 1923 Gaiety), featuring a magic ring, a curse-bestowing genie and two somewhat stereotyped Jewish tailors.

The suggestion that "E V Odle" was a pseudonym used by Virginia Woolf to write sf is an elaborate spoof. JC]