Lord of the World (Paperback) 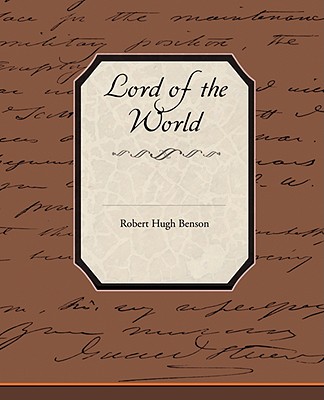 Lord of the World (Paperback)


Not on our shelves. Usually ships in 2-5 days.
(This book is nonreturnable. Nonreturnable books may take up to 3 weeks to ship. All sales final.)
Robert Hugh Benson (1871 - 1914) was the youngest son of the Archbishop of Canterbury. After college Benson was ordained as a priest in the Church of England. While on a trip to the Middle East Benson began doubting the Church of England and eventually joined the Community of the Resurrection. In 1903 he became a Roman Catholic. In 1904 he was ordained as a priest. Lord of the World is an apocalyptic novel set several generations in the future. Religion has been ignored or suppressed. People are either socialist or humanist. There is one world government that falls into the hands of the anti-Christ. The story tells of a priest who becomes pope. There is another man identical in appearance to the pope who becomes "Lord of the World."