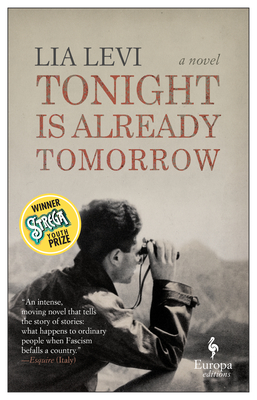 Inspired by true events during World War II, Lia Levi's prize-winning novel of loss, despair, and courage tells the tragic history of mid-century Europe through the eyes and lives of ordinary people.

"An intense, moving book that tells the story of stories: what happens when Fascism befalls a country."--Esquire (Italy)

1938. Thirty-two countries convene to decide how to deal with the influx of Jews fleeing Nazi Germany and Austria. Good intentions abound, but no government is willing to accept the refugees. At the same time, Fascist Italy is introducing its infamous racial laws.

In this new, stirring novel Lia Levi portrays Italy's tragic past through the story of a Jewish family, plagued by doubts, passions, weaknesses, impulses, and betrayals. Set in Genoa in the years of the racial laws, the novel follows a would-be genius son, a disappointed, regretful mother, a wise but irresolute father, an eccentric grandfather, nosy uncles, cousins who are always coming and going. How do individuals face the darkest periods of history? Will anyone rebel against the spread of violence and discrimination? Will anyone welcome them if this family flees certain persecution?

A harrowing story that resonates with special urgency in our time.

Lia Levi is the editor-in-chief of the monthly magazine Shalom and the author of many books for children and adults. She has been awarded the Elsa Morante First Novel Prize (1994), the Castello Prize for Fiction (1994), the Moravia Prize (2001), the Strega Youth Prize (2018). She lives in Rome.