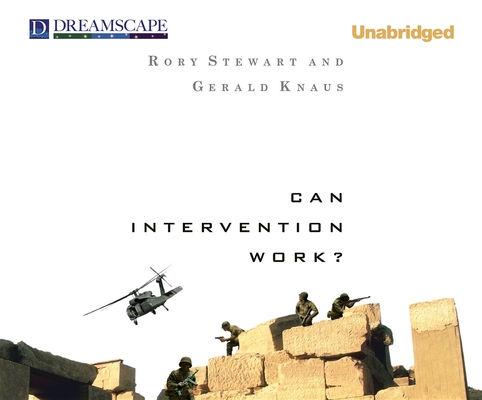 Rory Stewart and Gerald Knaus distill their remarkable firsthand experiences of political and military interventions into a potent examination of what we can and cannot achieve in a new era of "nation building." As they delve into the massive, military-driven efforts in Iraq, Afghanistan, and the Balkans, the expansion of the EU, and the bloodless "color" revolutions in the former Soviet states, they reveal each effort's consequences for international relations, human rights, and our understanding of state building. Stewart and Knaus parse carefully the philosophies that have informed interventionism and draw on their experiences in the military, nongovernmental organizations, and the Iraqi provincial government to reveal what we can ultimately expect from large-scale interventions, and how they might best realize positive change in the world.

Rory Stewart has written for the New York Times Magazine, Granta, and the London Review of Books, and is the author of The Places in Between. A former fellow at the Carr Center for Human Rights Policy at Harvard's John F. Kennedy School of Government, he was awarded the Order of the British Empire by the British government for services in Iraq. He lives in Scotland.Gerald Knaus, founding chairman of the European Stability Initiative, is a Carr Center Fellow at Harvard University's Kennedy School. He taught economics at the University of Chernivtsi (Ukraine) and worked for five years in Bulgaria and Bosnia for international organizations. He is a founding member of the European Council on Foreign Relations and a 2007/2008 Open Society Fellow. In 2004 he moved to Istanbul and regularly writes for the Rumeli Observer.READER BIO James Langton trained as an actor at the Royal Scottish Academy of Music and Drama. An AudioFile Earphones Award winner, he has performed many voice-overs and narrated numerous audiobooks, including the international bestseller The Brotherhood of the Holy Shroud by Julia Navarro. He is also a professional musician who led the internationally renowned Pasadena Roof Orchestra from 1996 to 2002. James was born in York, England, and is now based in New York City.