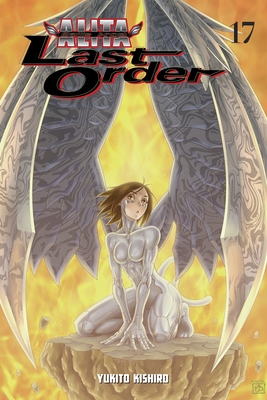 This is book number 17 in the Battle Angel Alita: Last Order series.

Caught in each other’s traps, the Martian markswoman Zazie and the despicable murderer Rakan begin to tear themselves apart, piece by piece! Meanwhile, Zekka’s distracted by the reappearance (or is that reincarnation?) of an old rival, whose presence may provoke the fiery death of millions in an antimatter explosion! Freedom, hubris, enlightenment and destruction as Alita’s saga reaches its climax!