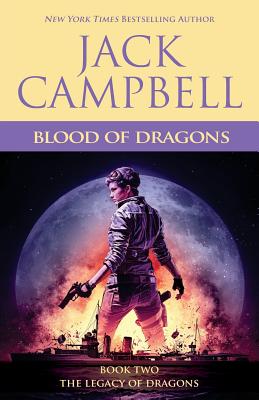 This is book number 2 in the Legacy of Dragons series.

Twenty years after the war that overthrew the Great Guilds, the Empire is vowing to avenge the massive defeat of the Imperial legions at Dorcastle. Aiding the Imperials are renegade Mechanics and Mages still loyal to the old Guilds or employed by the Empire. But before they can launch an all-out war, the Imperials must eliminate a major threat: Kira, daughter of Master Mechanic Mari and Master of Mages Alain. Kidnapped and imprisoned, Kira has to escape and avoid recapture as the full might of the Empire is aimed at her. Her only hope lies in the skills she has mastered; her indomitable spirit; and the unfailing aid of Jason, her boyfriend from the distant world of Urth. With the Imperial legions closing in and thousands of lives riding on her efforts, Kira has to use every weapon available to her, including special abilities she has kept secret until now - abilities that may prove to be as dangerous as the enemy forces. Mari and Alain must come to Kira's aid and work to create an alliance against the Empire. If they fail, a deadlier new war will erupt, with every soldier carrying a rifle instead of a sword or crossbow - and the Peace of the Daughter will end in a bloodbath.
"Jack Campbell" is the pseudonym for John G. Hemry, a retired Naval officer who graduated from the U.S. Naval Academy in Annapolis before serving with the surface fleet and in a variety of other assignments. He is the author of The Lost Fleet military science fiction series, as well as the Beyond the Frontier continuation of The Lost Fleet, spin-off series The Lost Stars, the Stark's War series, and the Paul Sinclair/"JAG in space" series. His short fiction appears frequently in Analog magazine, and many have been collected in the three Jack Campbell ebook anthologies, Ad Astra, Borrowed Time, and Swords and Saddles. The Pillars of Reality is his first epic fantasy series. He lives with his indomitable wife and three children in Maryland.