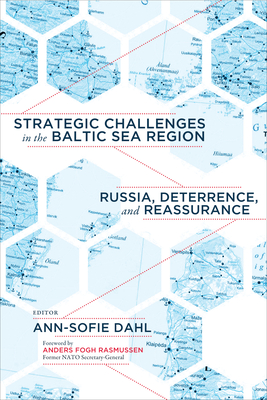 This book is about security challenges in the Baltic Sea region caused by Russia's resurgence. NATO and neutral states in the region are now concerned about an external threat for the first time since the demise of the Soviet Union. Russia has been probing air space, maritime boundaries, and even land borders from the Baltic republics to Sweden; the example of Russia's undermining of Ukraine and annexation of Crimea worries former Soviet republics with Russian minority populations; neutral Sweden and Finland may consider joining NATO; and the Trump presidency has created some doubt about America's willingness to follow through on NATO's collective defense commitment. This volume brings together an international group of contributors to examine Baltic security issues on a state-by-state basis and to contemplate what is needed to deter Russia in the region.

Ann-Sofie Dahl, PhD is Associate Professor of International Relations and a Nonresident Senior Fellow at the Atlantic Council. She is formerly a senior research fellow at the Centre for Military Studies at the University of Copenhagen, and she is the author or editor of several books including the co-edited volume Northern Security and Global Politics: Nordic-Baltic Strategic Influence in a Post-Unipolar World.