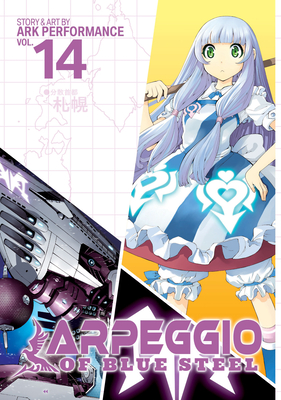 This is book number 14 in the Arpeggio of Blue Steel series.

SECRET AGENDA Gunzou might still be missing in action, but Iona is determined to make sure that his plan to smuggle a warhead across the Pacific Ocean goes ahead. If it's successful, it will give humanity a much needed win against the Fog. But in order for the plan to work, the I-401 will have to act as a decoy and go toe-to-toe against a dangerous enemy.
Ark Performance is a Japanese author/artist duo whose best known credits include Samurai Commando, Arpeggio of Blue Steeland a Mobile Gundam Suit spin-off. In 2011, the two contributed to the Trigun: Multiple Bullets anthology.