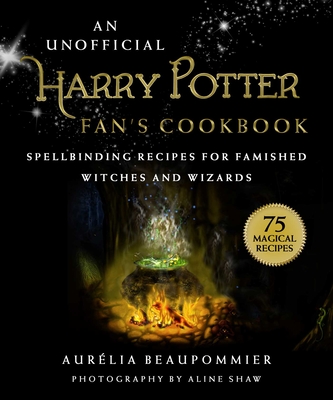 
On Our Shelves Now. Click on title for location specific availability.
Cast a spell on your taste buds with these delicious recipes!

From cauldron cakes and chocolate frogs to everyday meals in the Weasley household, one of the most spectacular aspects of Harry Potter is the food. Now with this fantastical cookbook, you can create breakfast, entrees, desserts, and drinks inspired by some of your favorite aspects of the Harry Potter universe! Included are dozens of recipes such as: Whether you like sweet or savory, hot or cold, this variety of recipes from across the Wizarding World are sure to impress your friends and family. Easy, step-by-step recipes will bring out your inner witch or wizard and have you prepping feasts worthy of the Hogwarts Great Hall. So whip out your wands and your aprons and get cooking with An Unofficial Harry Potter Fan's Cookbook!
Grace McQuillan has translated the works of Andreï Makine, Stéphane Allix, and has received a French Voices Award for her translation of Le Crieur de Nuit by Nelly Alard. Her work has also appeared in The Brooklyn Rail and PBS NewsHour. Originally from New Jersey, she now lives in Nevis.