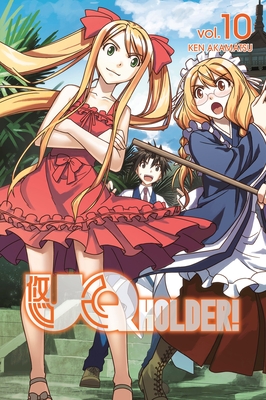 This is book number 10 in the UQ HOLDER! series.

After Tōta's shocking proposal to Kitty, the rest of the UQ Holder gang realizes they may never get a chance to act on their own feelings. New rivals Shinobu and Mizore appear on the scene, and join the competition for Tōta’s affection. Meanwhile, Kuromaru and Kirië are having trouble controlling their own emotions. Tōta’s only concern is saving the world and protecting Kitty—but what plans do the other members of the group have for him?