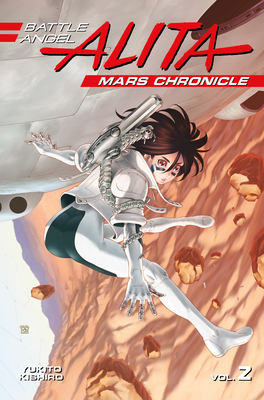 This is book number 2 in the Battle Angel Alita: Mars Chronicle series.

The cyber-martial arts saga that has spanned a solar system and over two decades in print returns, with creator Yukito Kishiro's new sequel that reveals the true story of Alita's childhood on Mars, and the mind-bending adventures that still await her...

Two-hundred years in the future, Alita has returned to Mars to meet Erica. However, what should be a blissful reunion is anything but. A battle between two skilled practitioners of the Martian martial arts unfolds on the very grounds where their story began. Can Z.O.T.T. champion Alita best the prowess of Frau X?
When he was only seventeen, Yukito Kishiro was nominated for Japanese publisher Shogakukan's Best New Comic award. Creator of other popular manga titles, Kishiro is known for his strong characters, original settings, and intricate, lifelike artwork.