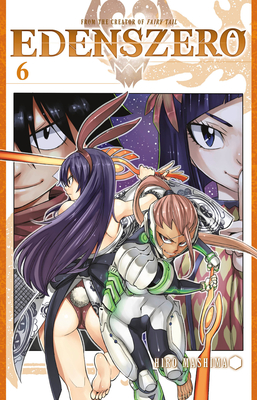 This is book number 6 in the Edens Zero series.

With Hermit back on the EDENS ZERO, Shiki and his crew only have to find Valkyrie to assemble the Four Shining Stars. To look for clues, they pay a visit to the most famous fortuneteller in the cosmos: Xiaomei the Time Oracle. But her information comes at a price...
One of the world's bestselling and most prolific comics artists, Hiro Mashima is the creator of the 63-volume magical epic Fairy Tail as well as its prequel Fairy Tail Zero, fantasy series Rave Master, the game spinoff Monster Hunter Orage, and a variety of other manga series and short stories.