If I Could Reach You 2 (Paperback) 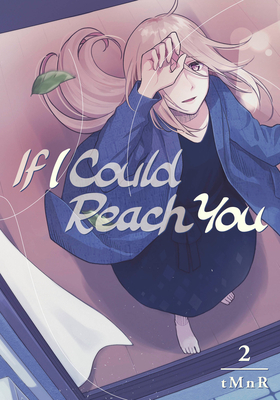 If I Could Reach You 2 (Paperback)

This is book number 2 in the If I Could Reach You series.

In this heartwrenching new yuri manga, a teenage girl comes to terms with her own sexuality through her crush on her brother's wife.

THE FALL AND RISE

For so long, Uta has pushed down any romantic feelings she's had for her old friend Kaoru, especially after Kaoru became her sister-in-law. But after some deep reflection and advice from her classmate Chloe, Uta's embraced that her feelings are quite real. So where can she go from here...? As exam season nears, though, the tables turn, and Chloe's the one asking for Uta's urgent help to pass some tests. While Uta works on study plans for Chloe, a more pressing request arises: A girl named Miyabi asks Uta for advice on dating Chloe!
If I Could Reach You is tMnR's debut series and the artist's first series published in English. It ran in the pages of Yurihime magazine, Japan's most popular home for serialized yuri stories.
[If I Could Reach You depicts a] specific kind of pain a lot of queer people, me included, have experienced… It has a lacerating psychological acuity… a tonally diverse slice of life that captures many kinds of moments, both happy and sad…deals with complicated, difficult issues with a sensitivity and grace you rarely see." -Anime News Network

"An emotional maelstrom…far from the warm, bubbly love stories that have seen recent success in [the yuri genre]. A truly touching tale, with tight writing and stunning artwork." -Anime UK News

"A phenomenal and emotional devastating yuri manga…beautifully told. It is rare for a manga to so effectively and effortlessly communicate the wretched feelings of its characters." -Yuri Mother