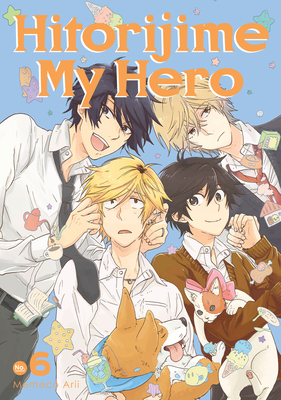 This is book number 6 in the Hitorijime My Hero series.

Love Is a Battlefield

During their couple's getaway, Masahiro and Kousuke grow closer and closer. On the flip side, Hasekura and Kensuke's usually happy-go-lucky relationship seems to be reaching a new low. So when Hasekura unexpectedly gets some alone time with Masahiro, he decides to use it to his advantage...! Meanwhile, a familiar friend becomes a source of much-needed support for Kensuke.
Longtime yaoi author of Sweet Candy & Secret Man and Fight!! Lovely Apron, Arii's debut manga in English is Hitorijime My Hero, which was adapted into an anime in summer 2017.