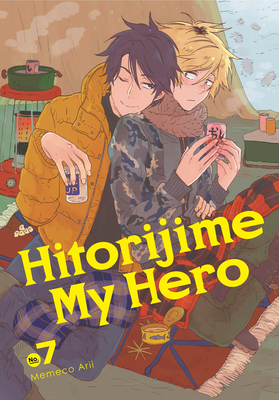 This is book number 7 in the Hitorijime My Hero series.

Kousuke's heartwarming proposal fills Masahiro's days with new things to look forward to. The promise of sharing a home together isn't far out of reach, and Masahiro's head is in the clouds. Meanwhile, Hasekura and Ohshiba encounter new experiences and revisit why they fell in love in the first place. And later on, Shigeo's fluffy, little backstory is also revealed!
Longtime yaoi author of Sweet Candy & Secret Man and Fight!! Lovely Apron, Arii's debut manga in English is Hitorijime My Hero, which was adapted into an anime in summer 2017.