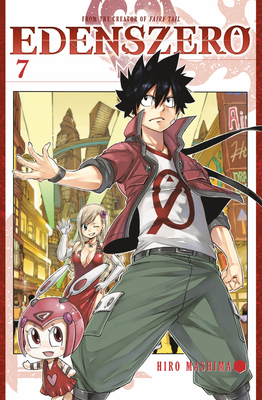 This is book number 7 in the Edens Zero series.

Shiki and his crew have arrived at the planet Sun Jewel in search of the Shining Star, Valkyrie. Upon landing, they encounter a seemingly peaceful place, but Shiki and Homura learn first- hand that it's due to the tyrannical reign of Madame Kurenai... Meanwhile, Labilia extends a hand to Rebecca with a collab that could break B-Cube!
One of the world's bestselling and most prolific comics artists, Hiro Mashima is the creator of the 63-volume magical epic Fairy Tail as well as its prequel Fairy Tail Zero, fantasy series Rave Master, the game spinoff Monster Hunter Orage, and a variety of other manga series and short stories.