The Necessity of Sculpture (Paperback) 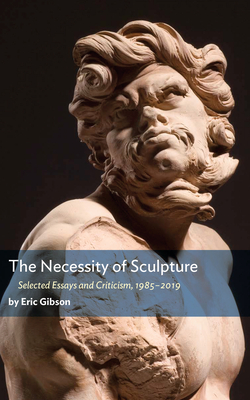 The Necessity of Sculpture (Paperback)


On Our Shelves Now. Click on title for location specific availability.
The Necessity of Sculpture brings together a selection of articles on sculpture and sculptors from Eric Gibson's nearly four-decade career as an art critic. It covers subjects as diverse as Mesopotamian cylinder seals, war memorials, and the art of the American West; stylistic periods such as the Hellenistic in Ancient Greece and Kamakura in medieval Japan; Michelangelo, Gian Lorenzo Bernini, Augustus Saint-Gaudens, and other historical figures; modernists like Auguste Rodin, Pablo Picasso, and Alberto Giacometti; and contemporary artists including Richard Serra, Rachel Whiteread, and Jeff Koons. Organized chronologically by artist and period, this collection is as much a synoptic history of sculpture as it is an art chronicle. At the same time, it is an illuminating introduction to the subject for anyone coming to it for the first time.
Eric Gibson is the Arts in Review editor of The Wall Street Journal and one of the paper's art critics. He grew up in England and graduated with a B.A. in Art History from Trinity College in Hartford, Connecticut. He is the author of The Sculpture of Clement Meadmore (Hudson Hills Press, 1993) and lives with his wife on Long Island.