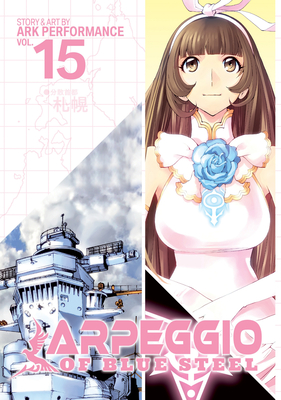 This is book number 15 in the Arpeggio of Blue Steel series.

KEEP YOUR ENEMIES CLOSE... The Fog and humanity have been at war for decades, but only recently have the two sides started to try and understand each other. Several mental nodes have even enrolled in a human school, becoming students at the Maritime Academy of Technology. But are they there to work towards peace, or to better learn humanity’s weaknesses?
Ark Performance is a Japanese author/artist duo whose best known credits include Samurai Commando, Arpeggio of Blue Steel, and a Mobile Gundam Suit spin-off. In 2011, the two contributed to the Trigun: Multiple Bullets anthology.