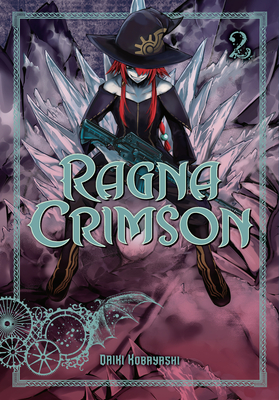 This is book number 2 in the Ragna Crimson series.

In this action-packed dark fantasy, humanity lives under the threat of annihilation by immensely powerful dragons. The dragon hunter Ragna embarks on a revenge-fueled quest to eliminate that threat once and for all!

Set on victory at any cost, Ragna joins forces with Crimson, a powerful dragon and traitor to his kind. Crimson's motivations may be obscure, but he and Ragna share the same goal: to destroy the dragon monarchs. Their current target is Disas Trois, the "Tempest Cell," who is terrorizing a border town with his gruesome, wind-based attacks. Crimson rallies a band of dragon hunters to fight the Tempest Cell, but unbeknownst to them all, a massive disaster is unfolding in the royal capital.