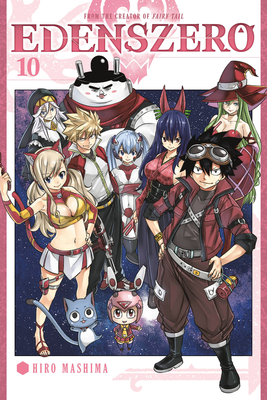 This is book number 10 in the Edens Zero series.

After losing a battle with the mysterious Sylph, Rebecca ﬁnds herself in a luxurious bedroom, where she is greeted by none other than Drakken Joe himself. He reveals the reason he sent his minions after the EDENS ZERO--to get something he wanted. And that something was Rebecca!
One of the world's bestselling and most prolific comics artists, Hiro Mashima is the creator of the 63-volume magical epic Fairy Tail as well as its prequel Fairy Tail Zero, fantasy series Rave Master, the game spinoff Monster Hunter Orage, and a variety of other manga series and short stories.