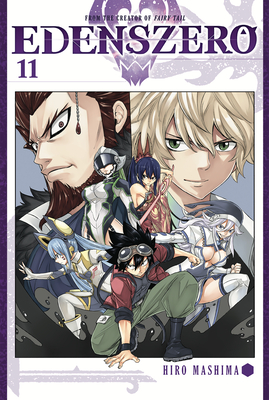 This is book number 11 in the Edens Zero series.

REWRITING HISTORY
History is repeating itself, but thanks to Rebecca's time jump, the Edens Zero crew is prepared. A four-on-four battle breaks out between the Element 4 and the Four Shining Stars as Shiki and Rebecca head to Drakken's lair to save Labilia. There they are met by an unexpected ally: Guild Master Noah.
One of the world's bestselling and most prolific comics artists, Hiro Mashima is the creator of the 63-volume magical epic Fairy Tail as well as its prequel Fairy Tail Zero, fantasy series Rave Master, the game spinoff Monster Hunter Orage, and a variety of other manga series and short stories.