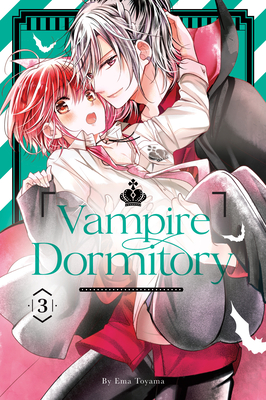 This is book number 3 in the Vampire Dormitory series.

Just after the secretly crossdressing Mito finally realizes that she has feelings for her vampire roommate Ruka, the two of them have a fight and she ends up spending the night in Ren’s room. But will Ren, the half-vampire, be able to hold back his growing desires now that the two of them are in such close quarters? And now that Mito has grown distant, what will Ruka do when a beautiful girl, Maina, asks him out? His decision could unknowingly break Mito’s heart...
Ema Toyama is a Japanese manga artist. She made her debut in September 2003 in the monthly manga magazine Nakayoshi with Pixie Pop, also her English-language debut. She has since written I Am Here!, Missions of Love, Vampire Dormitory, and Aoba-kun's Confessions, all published by Kodansha Comics. She also contributed to the shojo horror short story collection Neo Parasyte f.