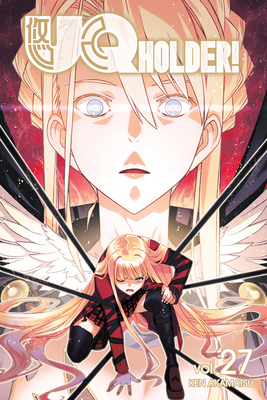 This is book number 27 in the UQ HOLDER! series.

After detecting unusual activity on Pluto, the UQ Holder numbers rush to the scene, only to fall straight into a trap. An immortality-negating attack wipes out the UQ team and permanent death seems inevitable. But not all hope is lost. Gengoro’s strange video game-like immortal powers may provide UQ a second chance as well as a guide on how to beat Ialda’s minions on hard mode.
KEN AKAMATSU is the best-selling creator of Negima!, one of the most popular manga series in America. It was selected by Kodansha for their prestigious "Manga of the Year" award. Negima! has been converted into an anime series that is popular in both the United States and Japan. Akamatsu lives in Tokyo.