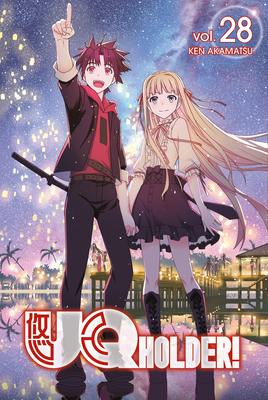 This is book number 28 in the UQ HOLDER! series.

Tota, a boy with a magical and mysterious pedigree, joins a team of immortals to fulfill his dream and reach the top of the great orbital tower, extending from Neo-Tokyo into the unknown reaches of space! But soon he finds himself embroiled in a power struggle that spans generations and will determine the fate of a planet.
KEN AKAMATSU is the best-selling creator of Negima!, one of the most popular manga series in America. It was selected by Kodansha for their prestigious "Manga of the Year" award. Negima! has been converted into an anime series that is popular in both the United States and Japan. Akamatsu lives in Tokyo.