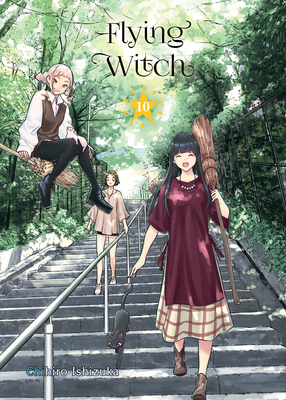 This is book number 10 in the Flying Witch series.

As summer continues, Makoto takes a trip to back home to Kanagawa. However, her time there won’t be all fun and games. She and her friends have to solve the mystery of a temple that appears to be cursed with never-ending rain. Before long, they find the culprits, but a communication issue may just leave Makoto and her companions all wet!


"Flying Witch emphasizes that while actual magic is nice, there is ultimately magic in everything." --Anime News Network
Very little is known about Chihiro Ishizuka. He was born and raised in Japan's far north and he broke into the comics world with Flying Witch in 2012. It is his first and only published comic, and is about to be adapted into an animated tv series.