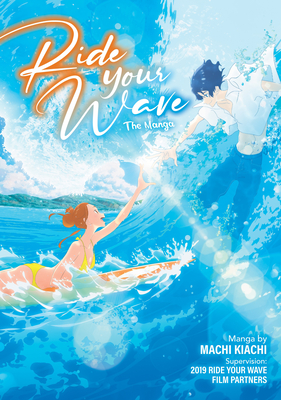 
On Our Shelves Now. Click on title for location specific availability.
The manga spin-off to the acclaimed anime film about surfing, summer love, grief, and a hint of magic. Surfer girl Hinako is full of confidence when she’s out on the ocean, but when it come to everything else in her life, she second-guesses herself. After a fire breaks out, she meets a firefighter named Minato and the two fall quickly in love. When tragedy strikes and separates the young couple, Hinako feels lost and directionless. But soon, Hinako discovers that Minato is determined to overcome any obstacle to stay by her side. The heart-tugging manga adaptation that goes beyond the hit anime film!
Masaaki Yuasa is an acclaimed director of wildly creative anime, known for Devilman Crybaby, Ping Pong: the Animation, Tatami Galaxy, and Keep Your Hands off Eizouken! Reiko Yoshida is an accomplished anime screenwriter whose works include Liz and the Blue Bird, Violet Evergarden, A Silent Voice, and the manga Tokyo Mew Mew. Machi Kiachi is a Japanese manga creator best known for the manga spin-off to Ride Your Wave.