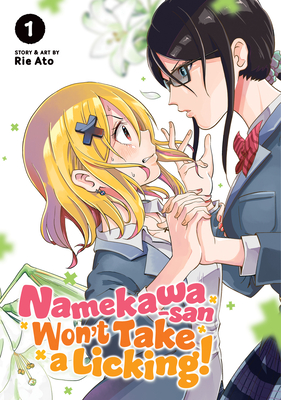 
On Our Shelves Now. Click on title for location specific availability.
A hilarious and adversarial yuri series where a newbie delinquent faces off against the head of the disciplinary committee!

After putting up with years of bullying in junior high, Namekawa-san decides to make a preemptive strike when she starts high school. Her plan? Become a delinquent! At first, everything seems to be going great—her classmates are terrified. However, the head of the disciplinary committee is unfazed. She’s got her eye on Namekawa-san, and she refuses to look away in this explosive yuri comedy!
Rie Ato is a Japanese manga creator best known for Usotsuki Android and Namekawa-san Won't Take a Licking!