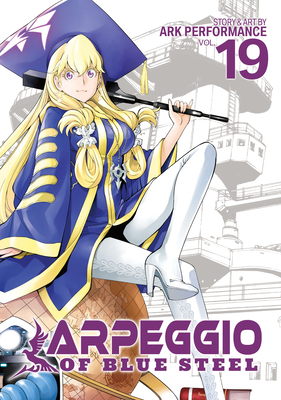 This is book number 19 in the Arpeggio of Blue Steel series.

The National Maritime Institute of Technology's school festival is in full swing! Beneath the hustle and bustle, Takao and Atago face off against Kirishima and Haruna, who are trying to break in to Facility Number Four. Meanwhile, on Hashira Island,  Gunzou plots his escape!
Ark Performance is a Japanese author/artist duo whose best known credits include Samurai Commando, Arpeggio of Blue Steel, and a Mobile Gundam Suit spin-off. In 2011, the two contributed to the Trigun: Multiple Bullets anthology.