Green on the Prairie (Paperback) 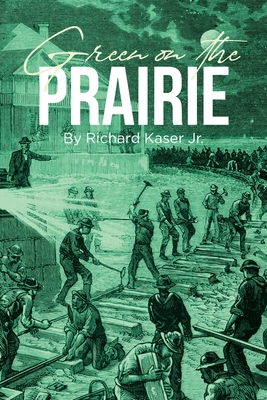 Green on the Prairie (Paperback)

Folks of old will say, "Luck of the Irish." William Donney would not agree, sailor turned husband then widower forced from his home. To old Western gambler accused of murder, finding a new family among the new world's rail construction crews. Whereas far away as the open West, past pirates will hunt him for twin rare stones. Luck. "Nay, say I, for a man makes his own luck and moves on."

William Donney's story will go on long after him, the folks he meets, the love he's shared, Indian that watches over him, and his love of life in America.