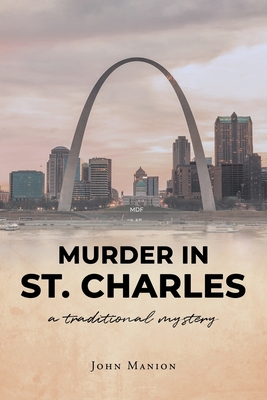 When I was a young man, I loved traditional English murder mysteries, the ones in which all the suspects were assembled at the end of the book and some wily detective explained the reasoning and clues that led to the identity of the murderer. It was so exciting to watch the detective eliminate suspects and discard certain clues while embracing the clues, which led to the actual murderer. I would then reread the sections involving the murderer and see how the author had set up the clues that most times had eluded me. I had so much fun I read all those mysteries and unfortunately have not found any who use that dramatic format, so I decided to write one myself.

In Murder in St. Charles, the patriarch of a large, dysfunctional family is murdered on Christmas night in front of his adult children, sister-in-law, her boyfriend, and three members of his staff. Max Marten is a successful lawyer whose egocentric personality has made him many enemies-some in the legal community, others in his own family.

The path to finding Max Marten's murderer is psychologically complex and somewhat overwhelming for the small-town police force tasked with solving the crime until criminal psychologist Ray Lynn Park is brought in to consult on the case. It is Ray Lynn who solves the case through the use of psychology, intuition, karma, and a little bit of luck. And most importantly, she uses the little cells in her brain in the best tradition of detectives that went before her.

Enjoy the book. I loved writing it.