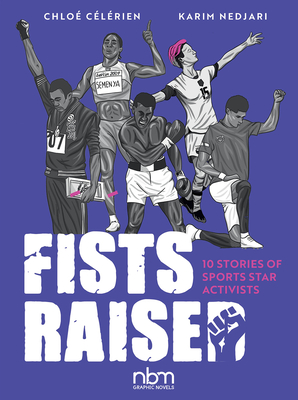 
Coming Soon - Preorder Now
What does Muhammad Ali, the greatest boxer of all time, have in common with Megan Rapinoe, the badass pink-haired female soccer player? They achieved perfection, won medals, and lived the glory. But it is above all their raised fists, when, at a time of their envied existence, they dared to sacrifice their privileges to defend a cause greater than their status of adulated champion. Rich in authentic anecdotes, this book tells the fate of those who paved the way. That of women and men who have written the political, social or cultural history of sport by taking a stand. Fists Raised: when sports collide with social activism!
Karim Nedjari is a prominent French sports journalist with a career in major newspapers and sports media. He is now CEO of RMC (Radio Monte Carlo) and RMC Sport, major broadcast channels. Passionate about sports, Chloé Célérien grew up in Valence, France, following the exploits of Valence Sportif in the 90s, as her father coached for the club at the time. She studied in Grenoble, then worked for 13 years in Paris.