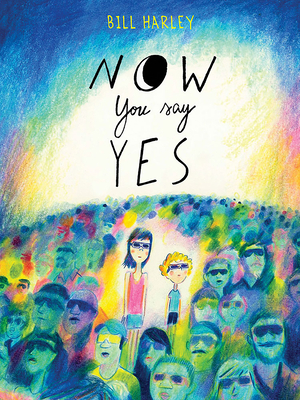 
On Our Shelves Now. Click on title for location specific availability.
Two recently orphaned siblings embark on an unforgettable cross-country road trip in search of their place in the world.

When her mother dies, fifteen-year-old Mari is desperate to avoid being caught up in the foster system....again. And to complicate matters, she is now the only one who can take care of her super-smart and on-the-spectrum nine-year-old stepbrother, Conor. Is there anyone Mari can trust to help them? Certainly not her mother's current boyfriend, Dennis. Not the doctors or her teachers, who would be obliged to call in social services.

So in a desperate move, Mari takes Conor and sets out to find their estranged grandmother, hoping to throw themselves at the mercy of the only person who might take them in. On their way to New England, the duo experiences the snarls of LA traffic, the backroads of the Midwest, and a monumental stop in Missouri where they witness the solar eclipse, an event with which Conor is obsessed.

Mari also learns about the inner workings of her stepbrother's mind and about her connections to him and to the world...and maybe even a little about her own place in it. This heartwarming, fast-paced, and engaging middle grade novel is a beautiful exploration of identity and family.
Bill Harley is a two-time Grammy Award–winning storyteller, musician, and author who has been writing and performing for kids and families for more than forty years. He has appeared nationally in theaters, schools, libraries, festivals and conferences, as a workshop leader and keynote and inspirational speaker. His picture books and middle-grade novels have won wide acclaim, from Bank Street School of Education Best Books, Children's Choice Awards, Green Earth Book Awards, and pick of the list from ABA.
Harley was called "the Mark Twain of contemporary children's music" by Entertainment Weekly. He lives in Massachusetts.
"A grand journey measured in both physical and emotional distance."—Kirkus Reviews

"As hopeful as it is heartbreaking, the novel Now You Say Yes follows a siblings' search for a place in the world."—Foreword Reviews

"A touching adventure where two siblings discover each other’s strengths and weaknesses, as well as their dreams and struggles. The plot shapes a realistic look at what hope can lead people to do; tweens will be cheering for Mari and Conor up to the very last page. . . .  This novel skillfully takes readers on the siblings’ emotional journey; themes of family and identity are peppered throughout and stand out thanks to Harley’s resonant prose and engaging storytelling."—School Library Journal